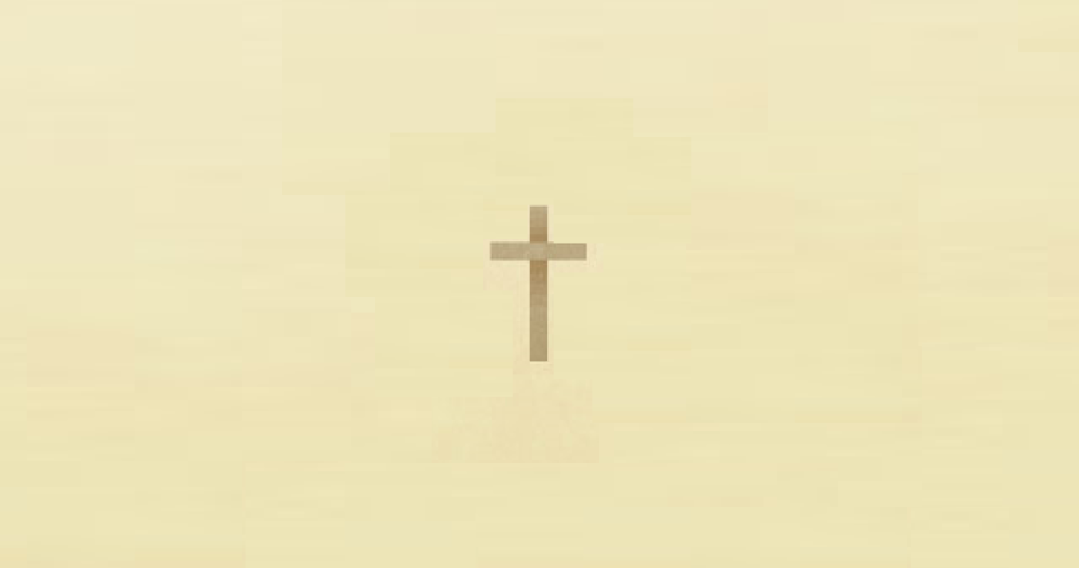 1. What is Sola Christus?

Sola Christus is a Latin phrase for ‘by Christ alone’, which emphasises the most important foundation to the Christian faith, the cornerstone to be exact. It tells us that salvation is found in nothing nor anyone else but in Christ and Christ alone.

2. Background: Indulgences and the Protestant Reformation

In the year 1517, a certain German monk known as Martin Luther published what we commonly refer to as ‘The 95 Theses’. One of the biggest issues during that time period which Martin Luther wanted to bring reform to, through the writing of these documents, was the Roman Catholic Church’s corrupt practice of selling indulgences.

Indulgences were cancellations of God’s punishment on an individual, and it could be distributed to someone who either: is in ‘purgatory’ (According to Roman Catholic tradition, it is a place of purification for Christians to be made ready to enter heaven) and wanted to reduce their time in it or is still living to atone for past sins. Contrary to the beliefs behind this practice, Luther and the reformers were convinced that Scripture clearly stated the means of salvation – that salvation is freely given by God alone through the atoning work of Christ.

a) The fault in ourselves

When Adam disobeyed God by choosing to bite into a fruit of the tree of the knowledge of good and evil, he plunged himself and all his offspring (mankind) into death. This disobedience of God by Adam brought about the fall and its consequences as follows:

‘Therefore, just as sin entered the world through one man [Adam], and death through sin, and in this way death came to all people, because all sinned’ (Romans 5:12)

When Adam sinned, he was not only subject to physical death later on, but he also died a spiritual death. The fall meant that humans by nature are all sinners and hence are condemned to hell. The fault is certainly not in our stars, it is in ourselves. If we understand even partially how horrendous our sin is against a Holy God, then we might find ourselves asking: How can sinful humanity hope to regain what was lost? How can our sins be forgiven? How can we be saved?

It would make sense that if our sins are against God, then only He is able to offer forgiveness and salvation to those who have sinned against Him. No one sins against one and asks forgiveness from another. When we read God’s words in the Bible, we will find that He actually provides a way for us to be saved. Though God’s righteous anger on man is great, His love is greater still as we read in John 3:16:

‘For God so loved the world that he gave his one and only Son, that whoever believes in him shall not perish but have eternal life.’ (John 3:16)

God loved His sinful creatures so much that He was willing to forgive them if they believed in His Son Jesus Christ. However, though salvation is indeed free for the believer, it demanded a great cost. We know this because the author of Hebrews writes:

‘In fact, the law requires that nearly everything be cleansed with blood, and without the shedding of blood there is no forgiveness.’ (Hebrews 9:22)

Someone’s blood had to be shed, and someone had to suffer what we deserved if there was any way for us to be saved. That someone had to be Christ. Even in the Mosaic Law, it was clear that God’s perfection demanded a perfect sacrifice, as only animals without blemish could be sacrificed for the forgiveness of sins. Though His people’s sins were indeed forgiven, the sacrifices of the Mosaic Law had no real power in themselves because the blood of bulls and goats cannot take away sins (Hebrews 10:1-4). Christ’s sinless obedience and submission to God’s will made him a lamb without blemish and qualified him to be the ultimate sacrifice for the sins of the believers, and so it is written:

‘…But he [Christ] has appeared once for all at the culmination of the ages to do away with sin by the sacrifice of himself.’ (Hebrews 9:26)

This once for all sacrifice was Christ’s death on the cross, where he who knew no sin became sin so that we might become the righteousness of God (2 Cor 5:21) and ultimately be saved unto eternal life. This is Christ’s atoning work. He is indeed the object of our faith, and our faith is only possible because he is the author of our salvation.

Now that we’ve explained who Christ is, what he did and why it had to be Christ, it would be good to point out the necessity and truth of ‘by Christ ALONE’. We read from Scripture that Jesus himself proclaimed sola Christus when he said:

Jesus did not say that he was ‘a’ way, ‘a’ truth or ‘a’ life; he said that he was THE way, THE truth and THE life. He teaches that only through him can we ever hope to be saved unto eternal life, and he reinforces this truth as he continues to say: ‘No one comes to the Father except through me’. The apostle Peter echoes the same truth when he is filled by the Holy Spirit, saying this of Jesus Christ:

‘Salvation is found in no one else, for there is no other name under heaven given to mankind by which we must be saved’ (Acts 4:12)

It is not written, “He that believeth on Jesus nine parts out of ten, and on himself for the other tenth.” No! “Whosoever believeth on him”−on him alone. Jesus will never be a part Saviour. We must not rest in part upon what we hope to do in the future, nor in part upon the efficacy of an outward ceremony. No! The faith must be “on him.” [1]

Elsewhere, Spurgeon further clarified the meaning of sola Christus with regards to our faith, saying:

If thou puttest one atom of trust in thyself, thou hast no faith; if thou dost place even a particle of reliance upon anything else but what Christ did, thou hast no faith. If thou dost trust in thy works, then thy works are antichrist, and Christ and antichrist can never go together. Christ will have all or nothing; he must be a whole Savior, or no Savior at all. [2]

5. What does sola Christus mean for Christians?

a) Unearned and unlosable salvation

If salvation cannot be earned by natural means but only given through Christ, then it stands to reason that we cannot lose our salvation either, because we had no part to play in it to begin with. The certainty of our salvation, then, does not rest on us, but on Christ. He has lived the perfect sinless life and became an acceptable sacrifice for our sins – the sins of the past, present, and future. He has guaranteed the salvation of those who believe in him by his death on the cross, once and for all.

At the time of the reformation, the debate was on earned versus unearned salvation. But perhaps the problem today that many Christians in our generation struggle with is not a belief in earned salvation but a false understanding of unearned and unlosable salvation. It might do more harm than encouragement to say: ‘Nothing you do can make you lose your salvation’.

How can we preach sola Christus then? Truth be told, unearned and unlosable salvation is a dangerous but necessary truth. If we’re not careful we might be a Christian who is indifferent about obeying God and repenting from our sins because, well, Jesus paid it all right? Yet Scripture is undeniably clear that unearned and unlosable salvation must lead to repentance because repentance is the mark of a true Christian. We read from Acts 3 where Peter exhorts a group of people, saying:

There’s a good reason why Scripture is littered with verses such as these which speaks about the necessity of repentance for the forgiveness of sins. In fact, it is so intimately linked with forgiveness that it might even be confused to be a requirement of salvation. We know this isn’t true when we consider sola Christus, but repentance is referred to in such a manner to serve as a sobering exhortation to pursue it genuinely and seriously. If you are Christian who thinks that sin is justifiable in any way, perhaps you need to hear Paul’s rhetorical question(s):

Paul says this to the Galatians because they were conflicted on the matter of justification, specifically whether it was by faith or the law. Yet the message is clear, you cannot be a Christian unless you seek repentance made possible by the atoning work of Christ. Only then will we rightly understand and live out the truth that salvation is unearned, and unlosable.

b) We live for him who died for us

Jesus Christ, the Son of God, paid the greatest sacrifice to atone for the sins of those who believe him. Jesus didn’t die for us to continue living in sin and for ourselves, no! Jesus died so that we might stop living selfishly and live for him! Paul tells the Corinthians (and by extension to us) that:

‘And he [Christ] died for all, that those who live should no longer live for themselves but for him who died for them and was raised again.’ (2 Cor 5:15)

Sola Christus means that our salvation is guaranteed through Christ, and if so, we are now to live for him, not for ourselves. What does it look like to live for Christ and not ourselves? Paul in another letter gives us a vivid example:

‘I eagerly expect and hope that I will in no way be ashamed, but will have sufficient courage so that now as always Christ will be exalted in my body, whether by life or by death. For to me, to live is Christ and to die is gain.’ – Phil 1:20-21

When Paul writes this letter, he is in prison and he is by no means having a great time. But despite all this, Paul’s words are not one of someone who is despairing for his life or crying out because he wants to give up. Rather, Paul willingly endures these chains because they are going to glorify God (Phil 1:13). He is showing us one great example of how to live for Christ, and that is by advancing the Gospel despite hostility from his opponents, imprisonment, suffering, or even death. To live for Christ is to value his interests at the cost of our interests, and Christ’s interests are for us to love God, love our neighbours, deny ourselves and carry our cross.

Christ died, so that we can live, and not just live, but live for him.

Justin Fang studies a Bachelor of Economics and Science at the University of New South Wales and he currently attends Gracepoint Presbyterian Church in Lidcombe. He loves playing sport and enjoys thinking and writing in his spare time. He is also quite sensitive physically, so please refrain from tickling him! View all posts by Justin Fang

One thought on “Christ Alone”